For every conversation about Iceland there is at least one mention of volcanoes. Iceland is rich with volcanic activity and has had its fair share (and then some) of eruptions throughout the centuries. Not every eruption has been catastrophic but few of them have altered large parts of the country, mostly in south Iceland. As a result travelers and locals alike nowadays can enjoy the spectacular scenery that has evolved since those eruptions took place.

For those wanting to know more about the fierce volcanoes that rule the country of fire and ice, below is a list containing the most exciting volcanoes in the history of Iceland. 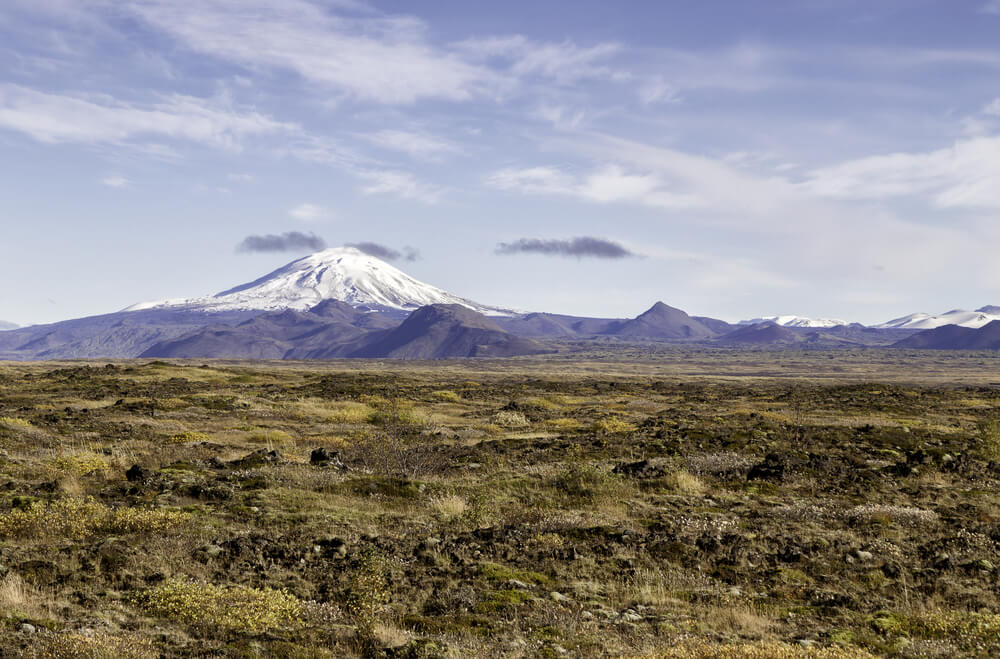 This large, lively mountain has erupted over a dozen times since Iceland was settled, most famously burying a host of nearby Viking farms under ash in 1104. The last major stirrings were in the 1940s, but there have been many smaller incidents since then. In between eruptions, experienced hikers can walk to the top.

Eyjafjallajökull is one of the smaller ice caps of Iceland, north of Skógar and west of Mýrdalsjökull. The ice cap covers the caldera of a volcano with a summit elevation of 1,651 metres (5,417 ft). The volcano has erupted relatively frequently since the last glacial period, most recently in 2010. Eyjafjallajökull consists of a volcano completely covered by an ice cap. The ice cap covers an area of about 100 square kilometres (39 sq mi), feeding many outlet glaciers. The main outlet glaciers are to the north: Gígjökull, flowing into Lónið, and Steinholtsjökull, flowing into Steinholtslón. 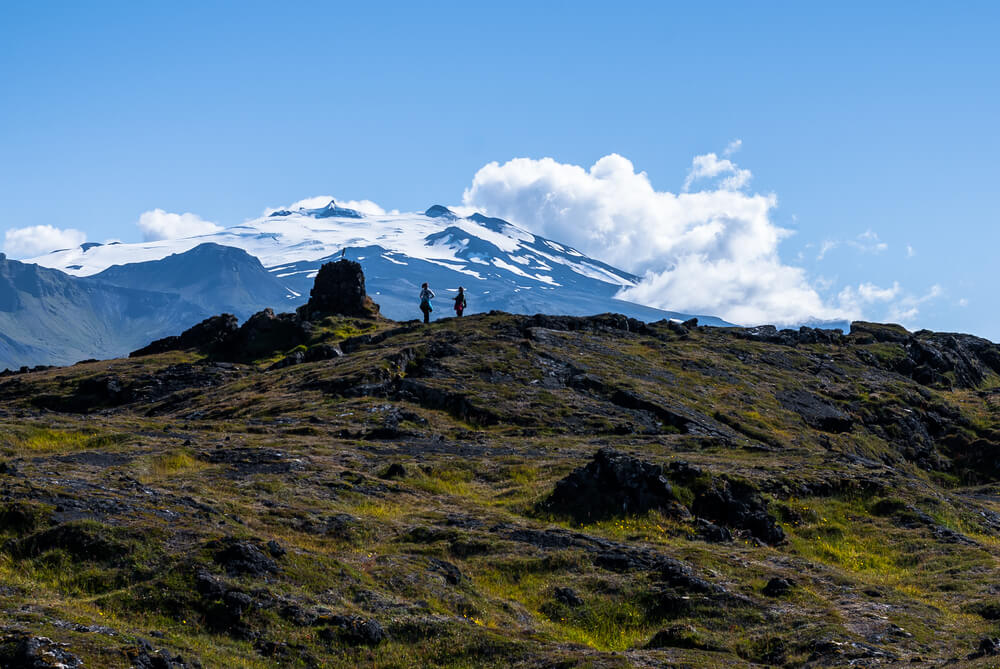 This stratovolcano – one whose cone has built up gradually over successive eruptions – is believed to have last erupted around AD 250 and today is vovered by the Snaefellsjökull icecap. Unlike Hekla, whose top is usually shrouded by cloud, Snaefell’s bright white peak stands like a beacon over the west coast of the country. 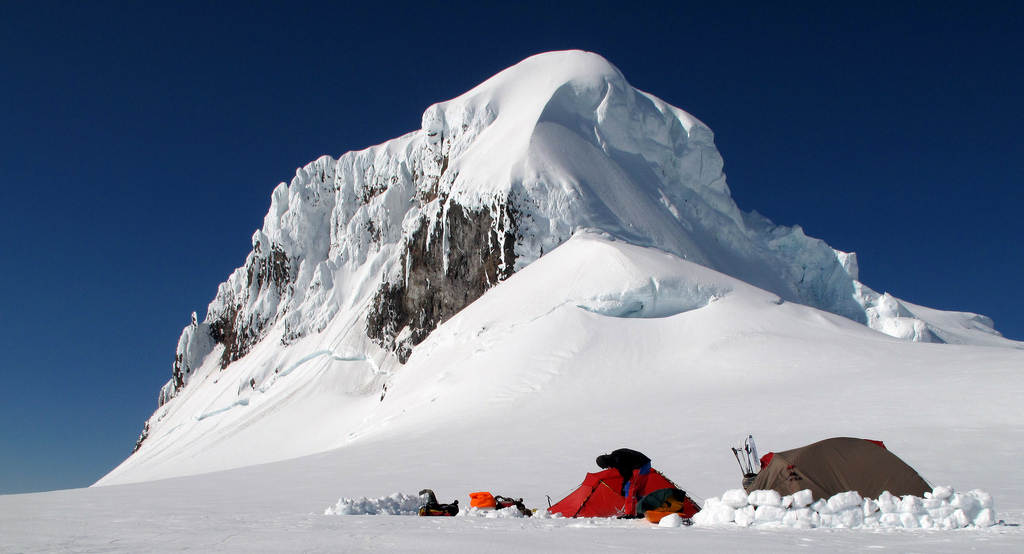 Öraefajökull, the southernmost spur of Vatnajokull, isn’t a glacier but actually a spate icecap over the immense Öraefi caldera. Hvannadalshnúkur or Hvannadalshnjúkur is a pyramidal peak on the northwestern rim of the summit crater of the Öræfajökull volcano in Iceland and is the highest in Iceland, which at 2119m is the highest point in Iceland. 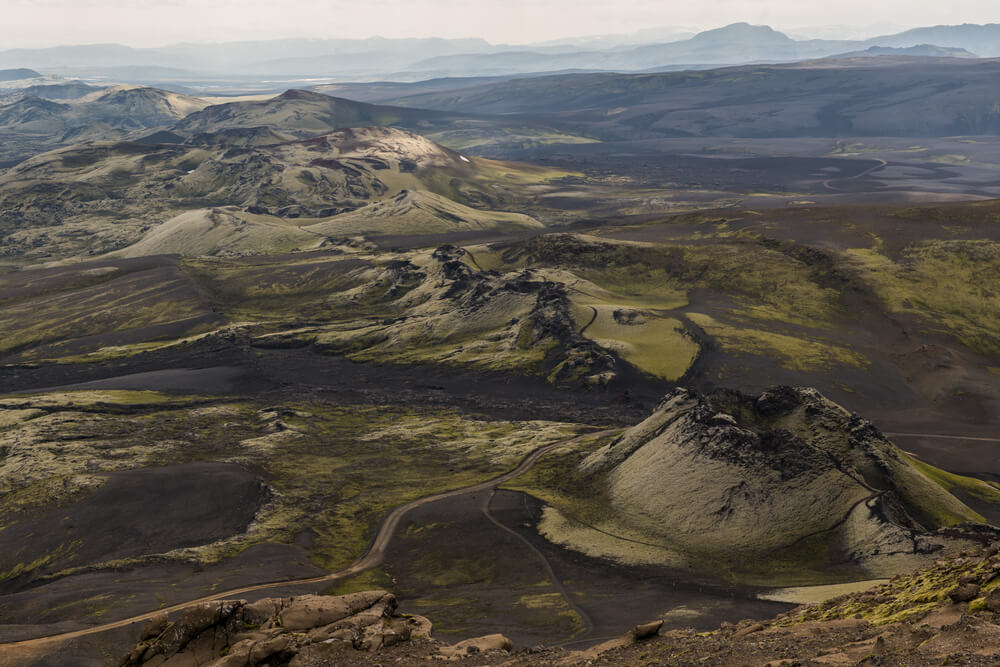 During the devastating Laki eruptions of the late 18th century, this area suffered greatly and, west of Kirkjubæjarklaustur, you can see ruins of farms abandoned or destroyed by the lava stream. The lava field unimaginatively knows as Edlhraun averages 12m thick. Laki itself can be climbed in less than an hour from the parking area and yields a fantastic view of the active fissure. The easies troute lies to the left of the crest leading up to the firs plateau. 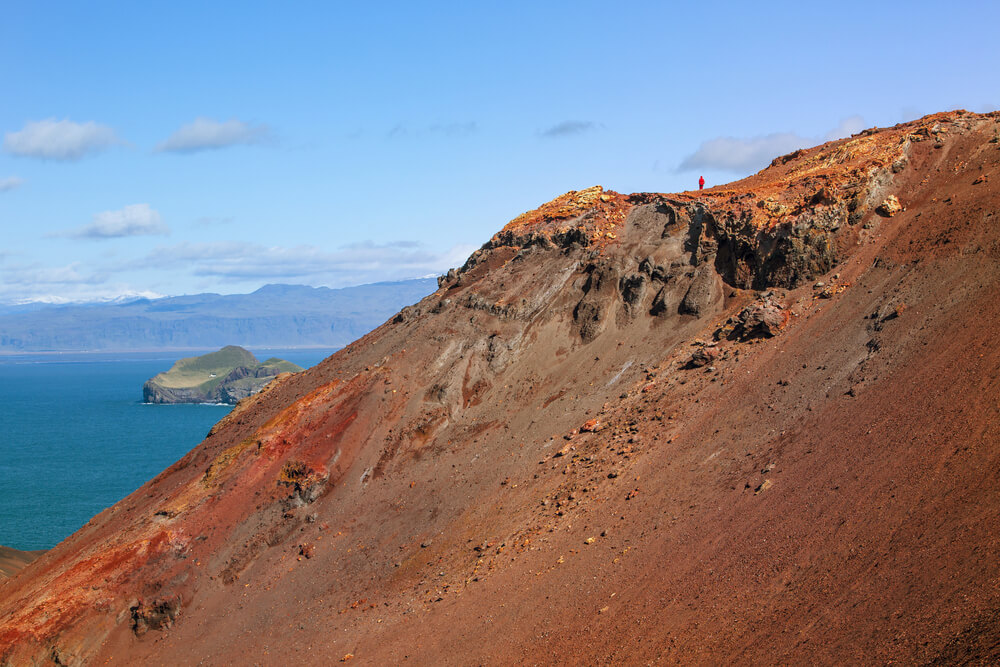 The 1973 eruption of Eldfell on Heimaey, in the Westman Islands, buried a third of the town under lava and the rest under ash. But the Harbour was saved – and even improved – by the spraying of seawater onto the lava front as it edged down from the volcano. 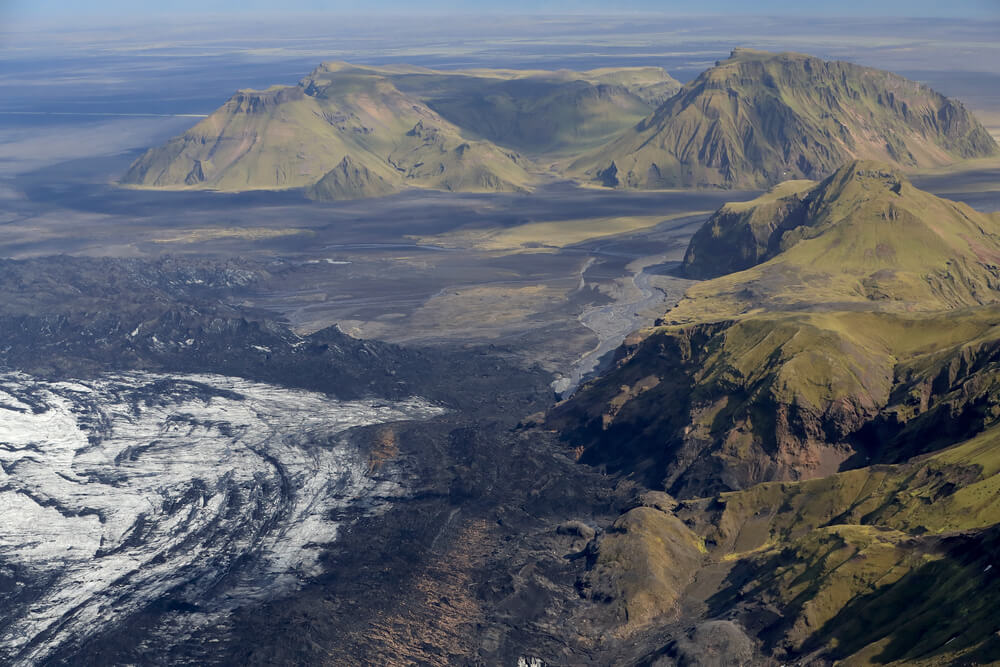 This dangerous volcano lies buried beneath the Mýrdalsjökull icecap near Skógar on the south coast. It erupts on average at a 70-year interval and the last one in 1918, sent a titanic flood of meltwater and gravel down nearby valleys. Recent activity in the area, including earthquakes in the caldera, might be signaling an awakening.

Currently Iceland’s most active volcano, Grímsvötn smoulders away 400m below the massive Vatnajökull icecap. A massive jökulhlaup – a volcanically induced flash flood – tore out from under the Skeiðarárjökull glacier in 1995, destroying several bridges. There was another eruption in May 2011. 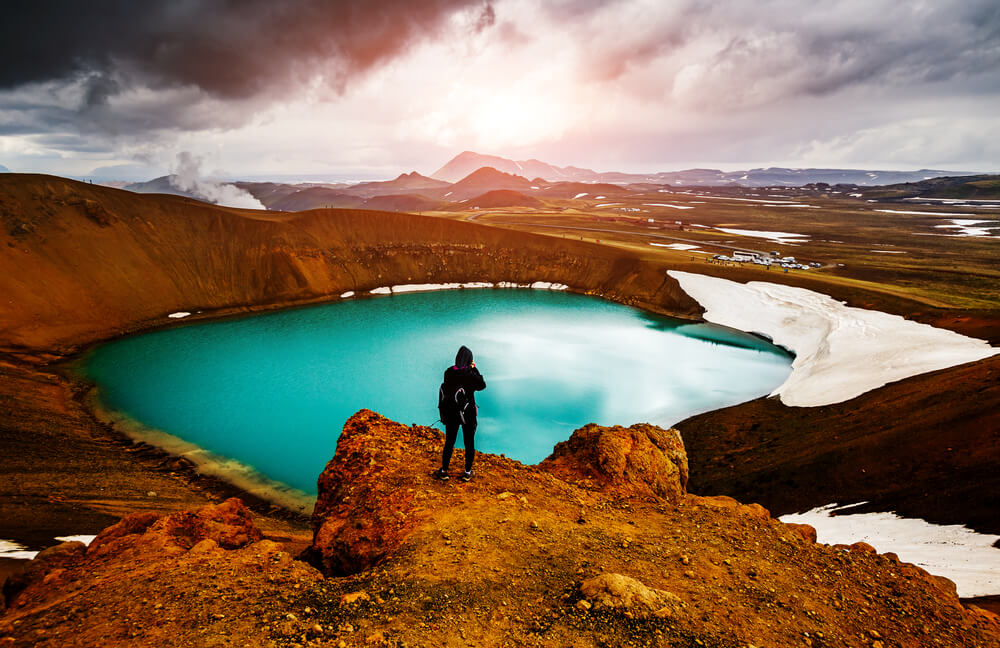 The Krafla Caldera is a 10km long, 2km deep, cauldron-like geological feature perched on the edge of the Eurasian and American tectonic plates. A collapsed, but still active volcanic area, in total there’s been 29 recorded eruptions, the most recent of which was the Krafla Fires in the 1970s. For tourists, there are three main highlights to the Krafla area. Leirbotn (the geothermal power station), Víti Maar (a volcanic crater with an opaque, teal green lake) and Leirhnjúkur (steaming sulphuric terrain and multicoloured lava field landscapes). 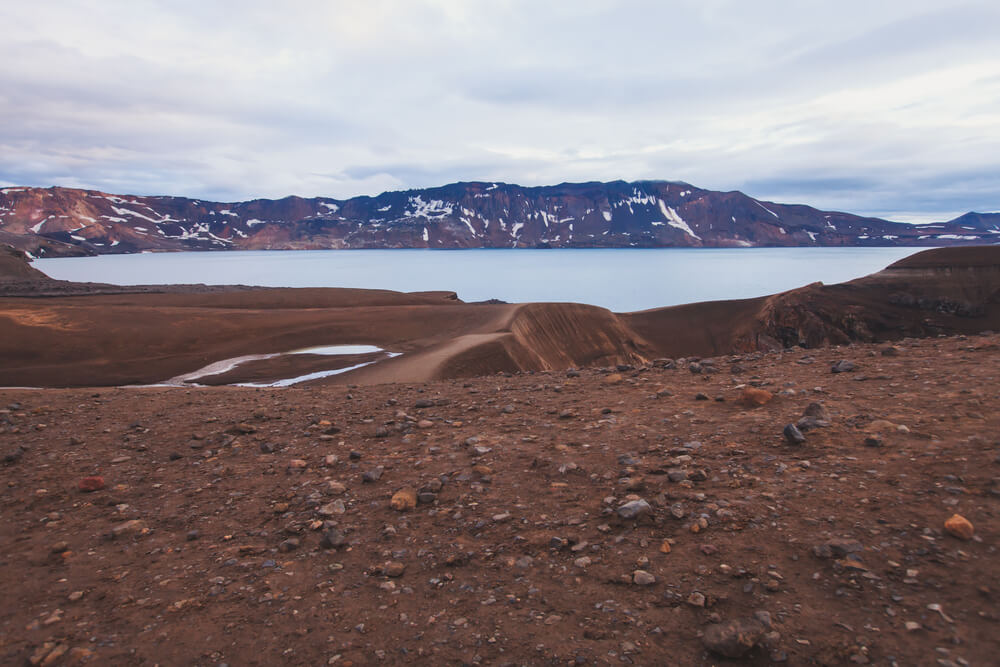 Askja was virtually unknown until the tremendous eruption which started on March 29, 1875. Especially in the eastern fjords of Iceland, the ashfall was heavy enough to poison the land and kill livestock. Ash, or tephra from this eruption was wind-blown to Norway and Sweden. The eruption triggered a substantial wave of emigration from Iceland. Another less well-known eruption occurred in the early Holocene, ca 11,000 years ago. Tephra from this eruption has been found in south-east Sweden, Northern Ireland and north Norway. The last eruption of Askja was in 1961.