Every country has its own Christmas traditions. In Iceland, almost the entire population celebrates Christmas and the holidays are for many Icelanders the most significant and most exciting time of the year. As early as mid-October you will begin to see Christmas advertisements from local stores, and at the end of November, you will start to hear Christmas songs on the radio. From there, people begin to celebrate various Christmas traditions, leading up to Christmas Day. 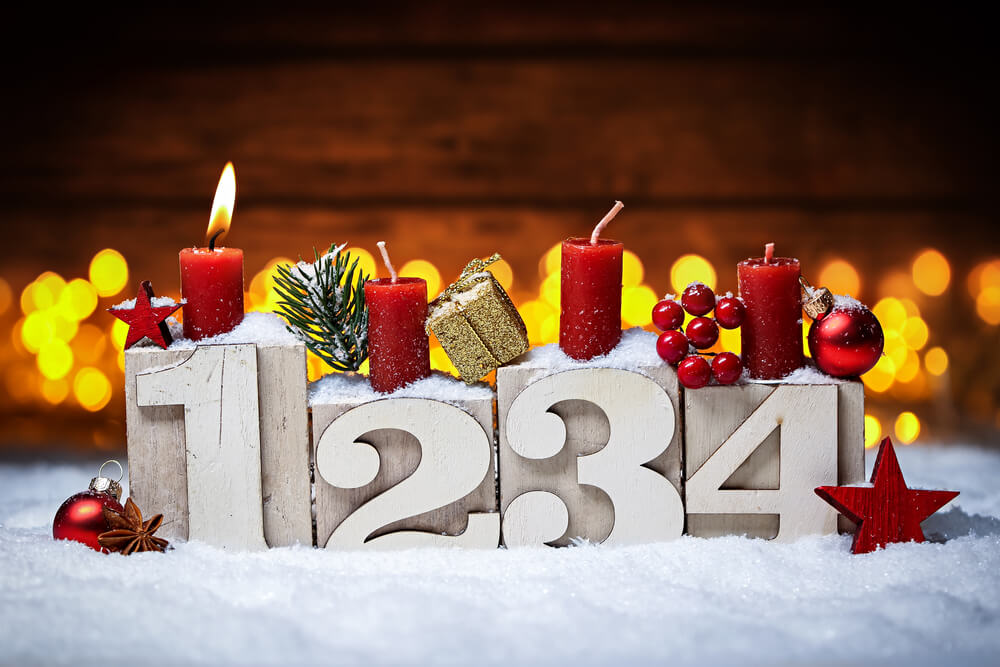 Advent is the beginning of the Church Year for most churches in the Western tradition and Iceland as well. It begins on the fourth Sunday before Christmas Day, which is the Sunday nearest November 30 and ends on Christmas Eve. In Iceland, a vital part of the Christmas decorations is the Advent wreath, a circular evergreen wreath (real or artificial) with four candles. On every Sunday during the Advent, people light a candle, representing the period of waiting during the four Sundays of Advent.
The first Sunday of Advent marks  the beginning of the Christmas season, and many Icelanders begin to decorate their houses with Christmas lights and decorations on this day. 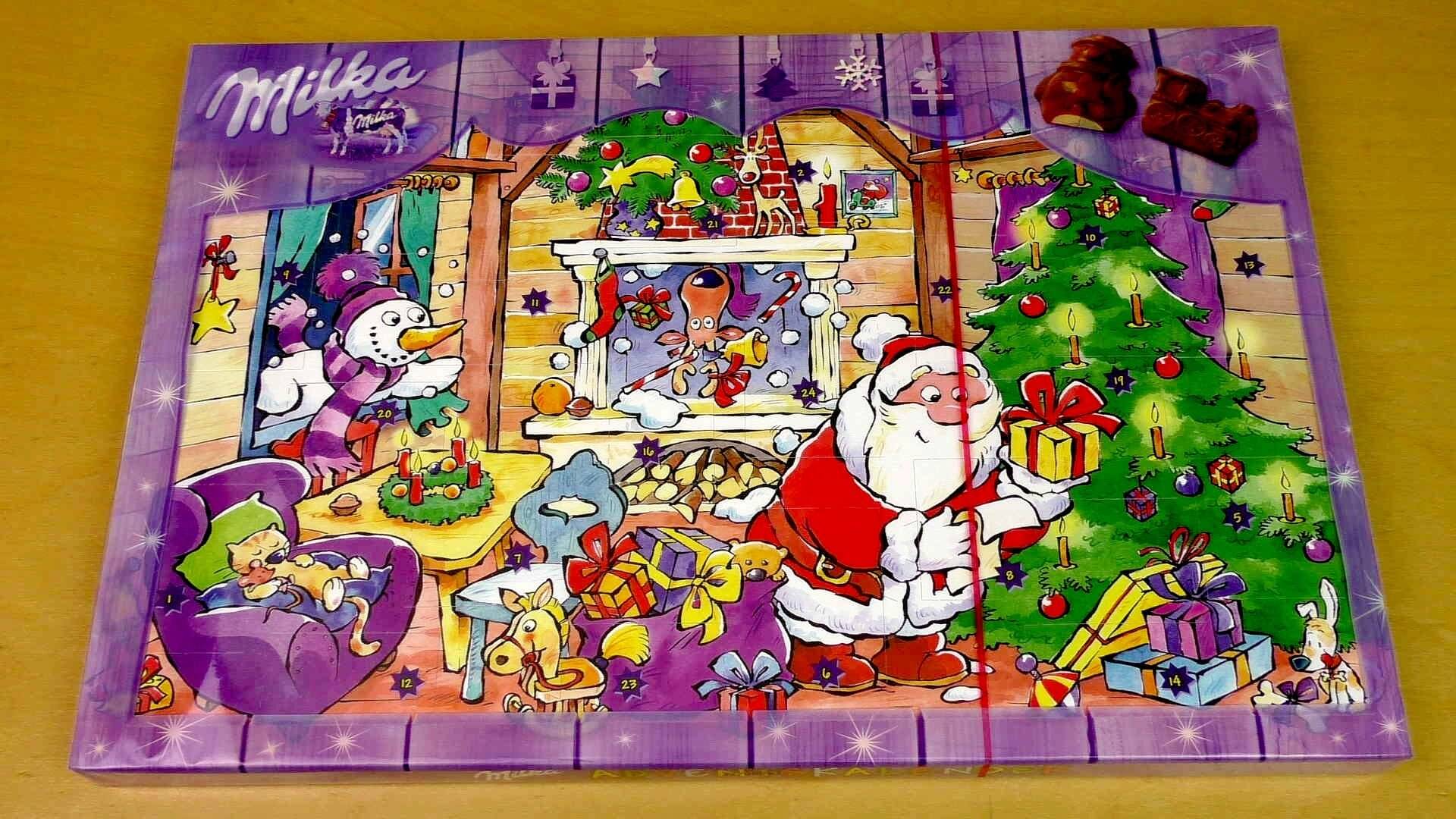 Children get to happily munch chocolate every day for the month of December (until the 24th), all in the name of the festive season. This is a fun tradition often accompanied by adventurous television series, a 24 mini TV episodes aired from the 1st until the 24th of December.

In Iceland, you can’t spell Christmas without Laufabraud, figuratively speaking. Sometimes called “snowflake bread”, Laufabraud is a traditional kind of Icelandic bread eaten during the Christmas season. Originating from northern Iceland but now eaten throughout the country, it consists of round, fragile flat cakes with a diameter of about 15 to 20 cm (6 to 8 inches), decorated with leaf-like, geometric patterns and fried briefly in hot fat or oil.
Laufabrauð can be bought in bakeries or made at home, either with ready-made dough or from scratch. Patterns are either cut by hand or created using a heavy brass roller, the laufabrauðsjárn (“leaf bread iron”). Leaf bread making at home is usually a family undertaking and often an essential part of the Christmas preparations, where several generations gather and take part in the decorating. 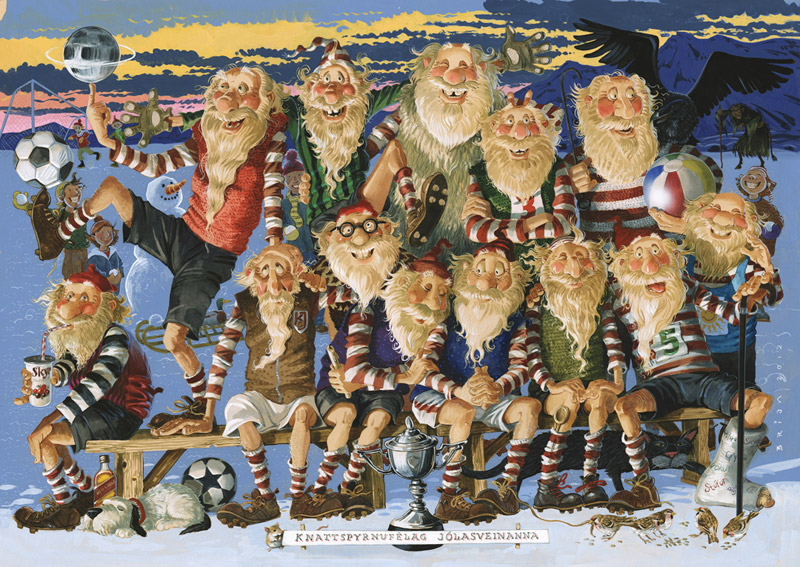 Icelandic children get to enjoy the favors on not one but thirteen Santa Clauses. Their number has varied over time but currently, are considered to be thirteen. Called the Yule Lads, these merry but mischievous fellows take turns visiting kids on the 13 nights leading up to Christmas. On each of those nights, children place one of their shoes on the windowsill. For good boys and girls, the Yule Lad will leave presents for them. For the not so well behaved, the Yule Lads are not subtle in expressing their disapproval: they fill the shoe with rotting potatoes.

One of the most tenacious Christmas traditions of the Advent is the Christmas buffet. Starting at the end of November and leading up to Christmas day, the Christmas buffets are an essential part of the Holiday season in Iceland. Most restaurants and hotels offer Christmas buffets during the weekends, where one will find dozens of gourmet dishes including different types of herring, smoked and cured salmon, reindeer pâté, smoked puffin, ubiquitous smoked lamb, roast pork with rind, rack of ham, turkey and much more. Many corporations and smaller companies invite their staff to a christmas buffet, to celebrate Christmas and the past business year.

Cookies play such an integral part in the Christmas and New Year holiday traditions in Iceland. From traditional cookies that are left out for Santa, to more creative ones baked for cookie swap parties hosted by friends and family during the holidays, a never-ending supply of cookies is a hallmark for this time of the year in Iceland.

Iceland’s main Saint is ‘Þorlákur Þórhallsson’, or ‘St. Thorlakur Thorhallsson’, the Bishop of Skálholt. December 23rd is the day on which he died. On St. Thorlakur’s Day, the custom is eating a simple meal of “skata” or skate. The Yule (or Christmas) tree is often decorated on this day and stores, cafés and restaurants remain open until midnight, creating a fun tradition of going into town to enjoy the countdown to Christmas with friends and families. 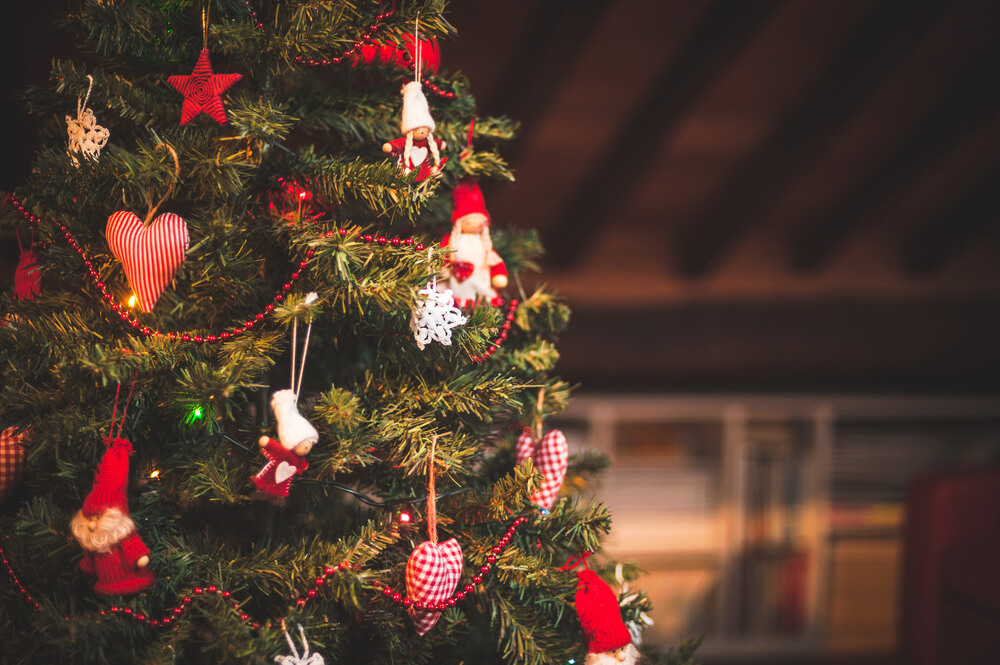 On the 25th of December Icelanders spend times with their families, friends and relatives. On the evening of 25th of December, Icelanders enjoy another Christmas meal; ‘Hangikjöt’, a leg of roast lamb. Sometimes ‘Rjúpa’ (Ptarmigan) is also eaten. All stores and other activities remain closed on this day, but local TV Stations make sure that Icelanders can enjoy fun Holiday movies during the day and night.

Boxing day is another day for visiting friends and family and eating lots more! Public entertainment is considered inappropriate on Yule Eve and Yule Day, but on Boxing Day, many stores, cinemas and other activities open and in the evening, and nightlife thirsty locals and travelers alike can hit the bars and clubs for a night out. 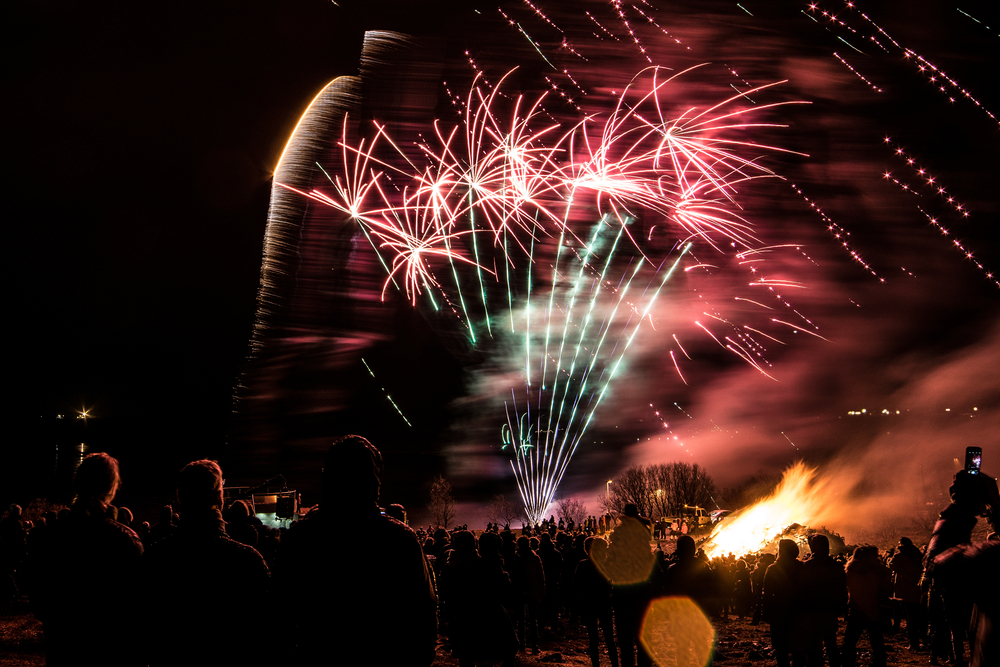 New Year’s Eve is one of the most important nights of the year in Iceland, and several magical traditions are supposed to happen on this night! Cows are meant to be able to talk, and seals take on human form, the dead rise from their graves, and the Elves move house. On this night, Icelanders celebrate a New Year by enjoying a festive dinner, usually beef, turkey or lamb. At 11 PM, all Icelanders sit down in front of the TV to watch the annual “áramótaskaup,” a one-hour comedy show that covers the significant events of the past year. At midnight, all hell breaks loose, and Icelanders go crazy with fireworks followed by heavy drinking and partying throughout the night