It is that time of year when Iceland is flourishing and the best way to explore it is by foot. Iceland has many hiking trails in various parts of the country. Some are for beginners, others for more experienced hikers but they all have in common to be extraordinary in every way. You will be guaranteed with clean air, adventurous routes and scenic views along the way.

Below are some of the most popular and amazing hiking routes in Iceland. 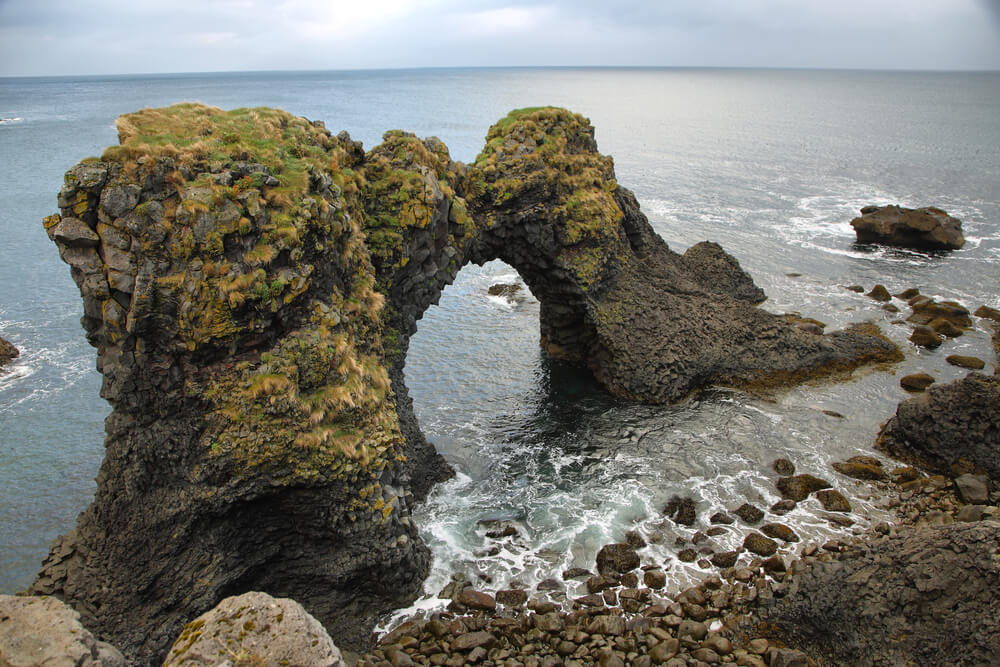 Arnarstapi or Stapi is a small fishing village at the foot of Mt. Stapafell between Hellnar village and Breiðavík farms on the southern side of Snæfellsnes, Iceland. This short coastal walk between the two small villages offers great scenary and views of Snaefellsjokull’s white cone. Along the way look out for the statue of Bárður Snaefellsás and nesting Arctic terns. It’s about 45 minutes to an hour one way, walk is not hard, little hilly, goes up and down with uneven surface (lava fields). Trail goes on an ocean cliff and through lava fields, simply magical journey through an environment you haven’t experienced before. 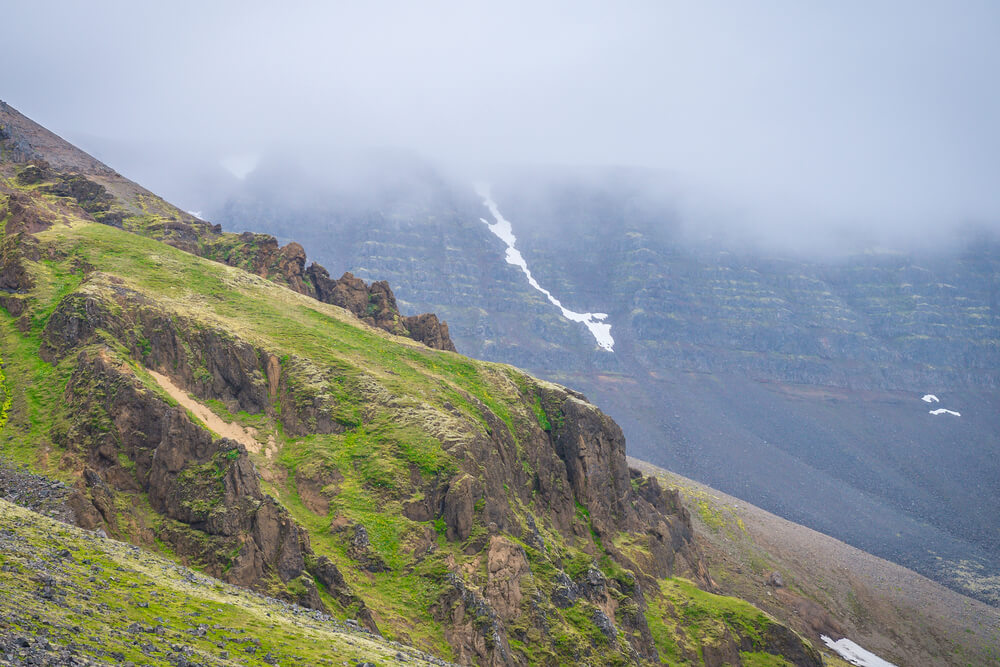 Esja’s 914 m high plateau rises unmistakably above the bay north of Reykjavik. Its snowstreaked slopes during winter time appear to mutate with the changing light – the colours shift from deep brown to pale blue. There are several different routes up and around the mountain, varying in terms of difficulty. The path is divided into sections, marked with signs along the way. Each sign gives an indication of the difficulty of the path ahead with a grading system ranging from 1 boot (easy) to 3 boots (challenging). Mt. Esja is located in Kjalarnes, past the town of Mosfellsbær just east of Reykjavík. It is accessible by bus number 15 from Hlemmur Bus Station. Get off at Háholt in Mosfellsbær, then take the number 57 to the foot of Esja at Hiking Centre Esjustofa. 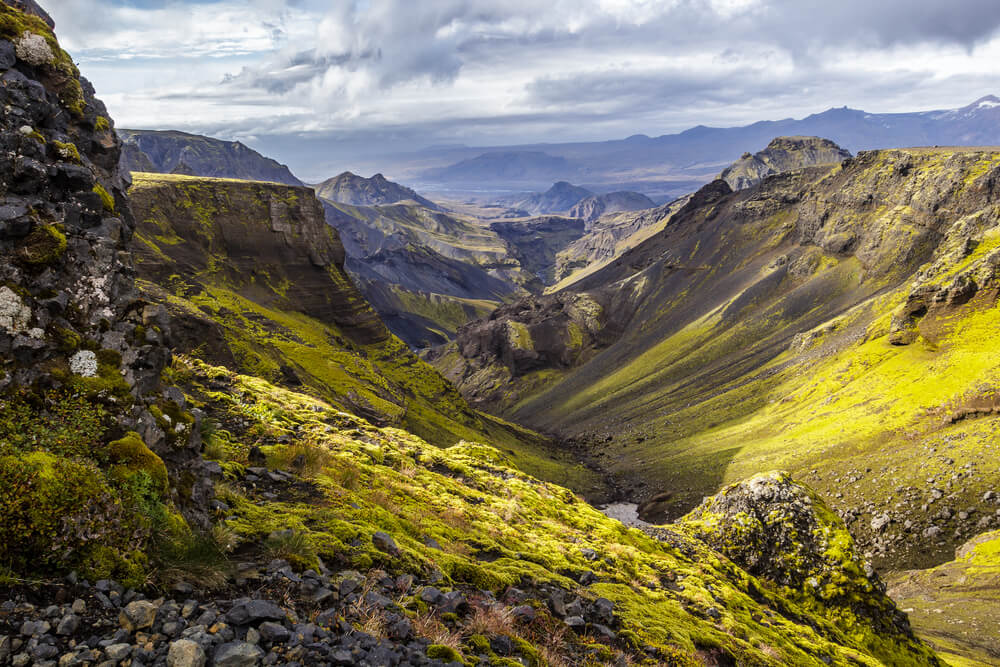 Fimmvorduhals is a broad pass between Eyjafjallajokull and Myrdalsjokull glaciers and makes a great day hike form Skogar. You can also continue north to Thorsmork, a rewarding trip that’s most comfortably made in two days, with a night at one of the mountain huts at the pass. The easiest but least interesting route to the pass is over the Skogarheidi 4WD road that leads to the lower hut. There’s also a more scenic route up the east bank of the river, climbing from Skogafoss up past more than 20 impressive waterfalls. This track meets the 4WD road at a footbridge across the river, don’t attempt to cross the river at any other point. The round trip will take seven hours or so. A further hour of walking will take you to the edge of the Eyjafjallajokull icecap, but if you wish to explore further, prepare to stay at one of the huts or camp. Keep in mind that there’s snow year-round at the summit and visibility changes by the second. Please don’t venture onto the icecaps without guidance. 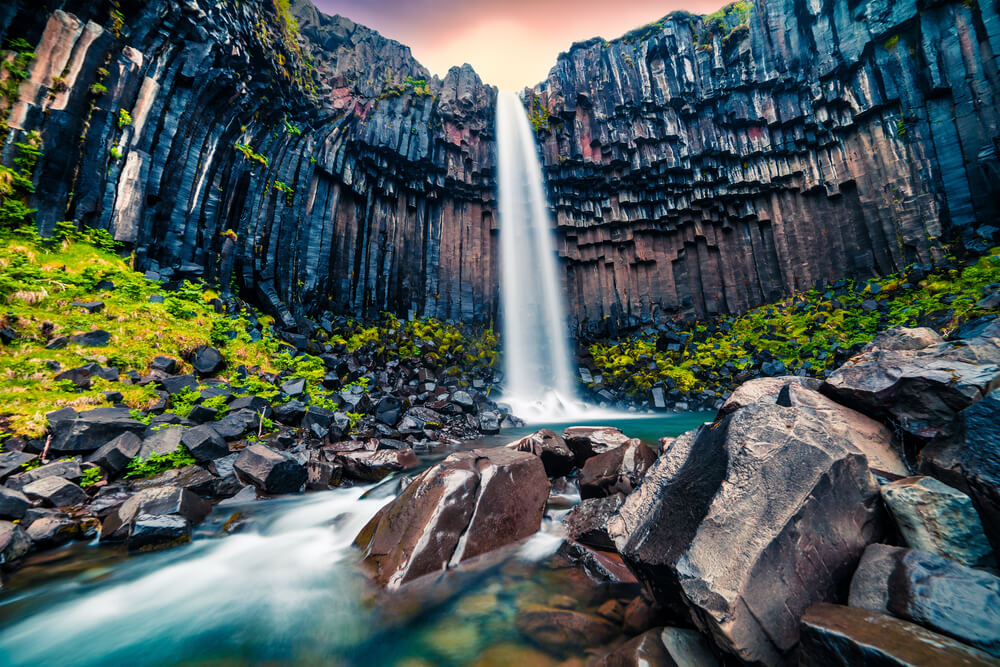 Skaftafell National Park was designated in 1967, and the variety of vegetation, wild flowers, and butterflies shows what can happen when grazing sheep are kept out for 40 years. The park’s hiking trails are mostly on the Skaftafellsheidi, a scrubby green oasis wedged between Iceland’s largest glacier and its flood plains. An ideal 2 to 3 hour hike takes in the magnificent Svartifoss waterfall, the Sjónarsker viewpoint and the turf-roofed Sel farmhouse. Svartifoss (blak waterfall) was named for its striking formation of black basalt columns eroded from below, forming an overhang resembling a pipe organ. 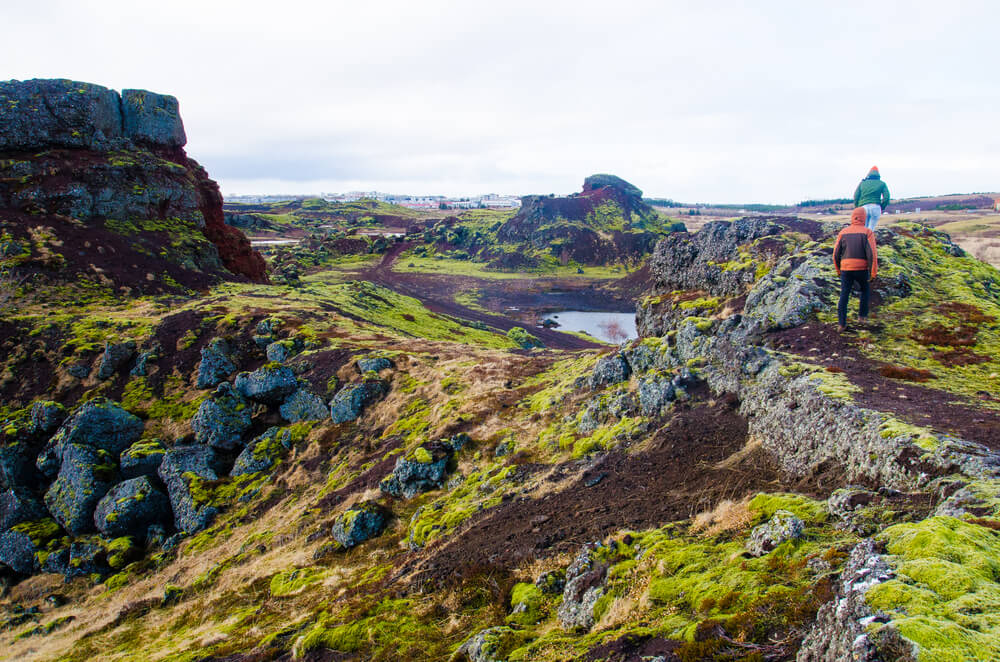 eiðmörk is the principal outdoor recreational area in the capital and district. Its attraction grows in accordance with enriched vegetation, and every year the number of visiting guests increases. Surveys show more visitors in Heiðmörk than in the national park at Þingvellir. More than four million trees have been planted there since 1950 and the already existing vegetation has thrived since the area was fenced off. The most prominent of the 26 species of trees planted is the Sitka spruce. Those fascinated by the more feathery residents of Reykjavík will be pleased to discover that 30 species of breeding birds have also been spotted. 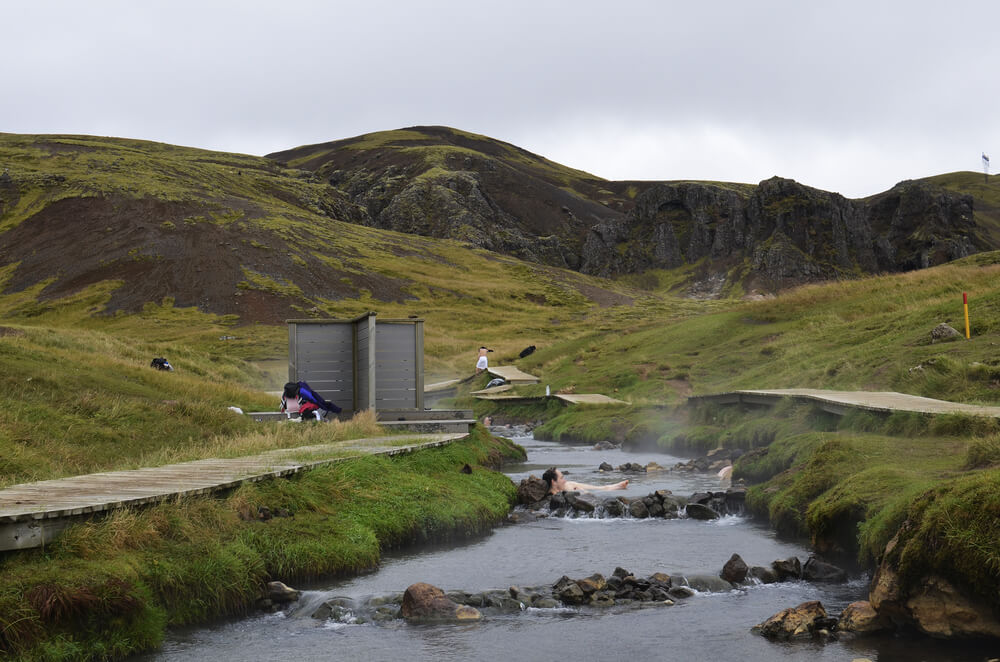 A hike to Reykjadalur or “Smokey Valley” is a great way to experience the Hengill area’s best scenery – capped off with a swim in a natural hote spring. From Hveragerdi, head north on the main street, Breiðmörk, ascending to a level expanse surrounded by mountains. At a division in the road, bear left onto the gravel road marked “Reykjadalur”. After an initial ascent, a lesser descent leads into the Reykjadalur valley. The trail then crosses the stream and passes several gurgling mud pools.  In just an hour, you’ll reach the head of the valley. A stream, hot and steaming, leads uphill to the left and a colder one leads to the right. At the middle the waters merge where you can swim and bathe in a warm and soothing water. One of the best hiking trails in Iceland, for sure! 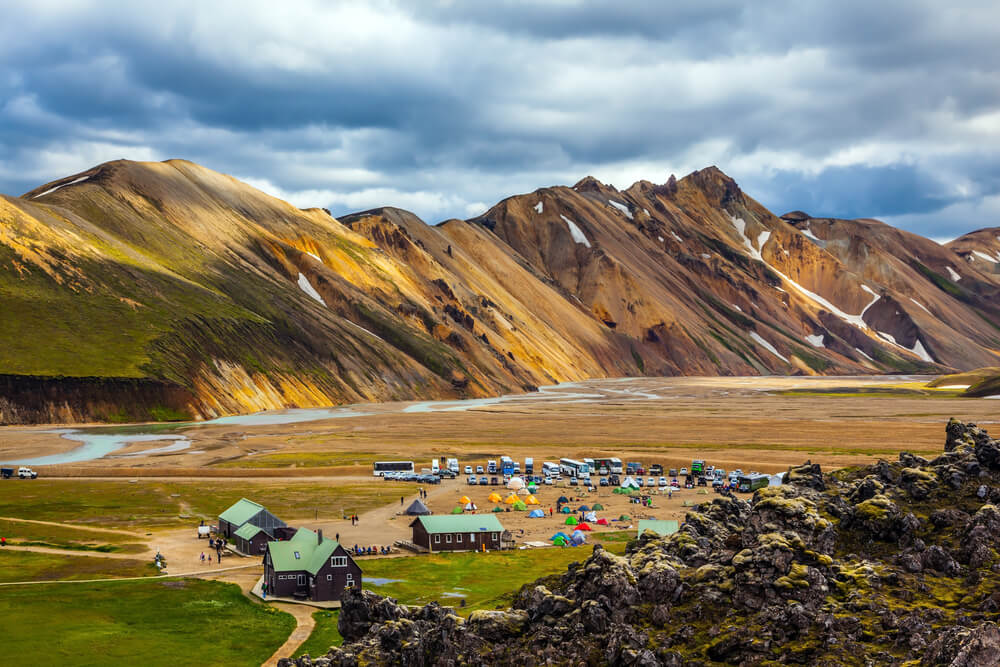 Laugavegur in Landmannalaugar to Þórsmörk

When it comes to choosing Iceland’s best hiking trails, Landmannalaugar will surely make it to the top 3 qualifies. Landmannalaugar is a world unto itself, with glacial valleys, marshes, canyons, moss-covered lava fields, tephra desert, plentiful geothermal hotspots – and can sustain several days’ worth of exploring. The ideal follow-up is the Laugavegurinn, the world famous trek into Þórsmörk. The trek from Landmannalaugar to Þórsmörk – known as the Laugarvegurinn seems destined to be recognized one day as one of the greatest walks in the world. In high season the trek can be completed in three or four days by anyone in reasonable physical condition. Many people do it independently but there are however numerous of tour companies offering guided tours. Please not that at any time of year the Landmannalaugar to Þórsmörk trek is not to be undertaken lightly.