Attractions from Vik to Hofn in Iceland

Attractions from Vik to Hofn in Iceland

What are the main attractions in South-East Iceland? This is a difficult question because different people have different tastes. Iceland is a land of nature, and it can take much more time to see all the attractions than you can imagine. If you are heading the southeast coast, from Vik and onwards to reach the Village of Hofn, known for its fishing traditions, then there are many attractive places that can catch the attention of every traveler. One tip: it is better to start your trip early in the morning. Most of the attractive places do not get crowdie until mid-day, and you can enjoy nature views more clearly.

During this trip, you’ll drive through significantly changing terrains. For making the most of the time traveling in South-East Iceland, don’t forget to take notes of all the adventurous places that we are going to share with you. Let’s start the guide with the top most attractive place in South-East Iceland. 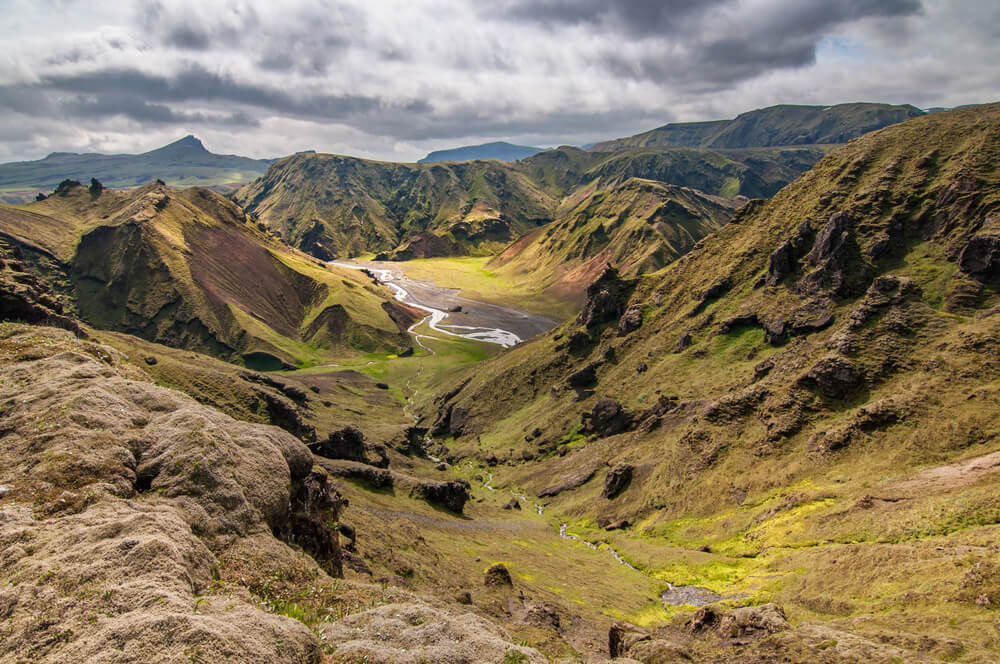 Thakgil
Your first destination when driving from Vik is Thakgil canyon (Icelandic: Þakgil). To get there, head for Höfdabrekka, located on your left, about 5km east of Vik. From there it‘s about a 20 minutes drive through hills and mountains. The road is a bit narrow so please drive carefully and please note that Thakgil should only be visited during summertime. Once you arrive at the Thakgil camping site you will have the oppurtunity to enjoy a tranquil hike while enjoying picturesque views. Next to the camping site is a naturally formed cave and once you get inside it you will notice a cozy barbeque area, so make sure to bring some Icelandic Hot Dogs with you! 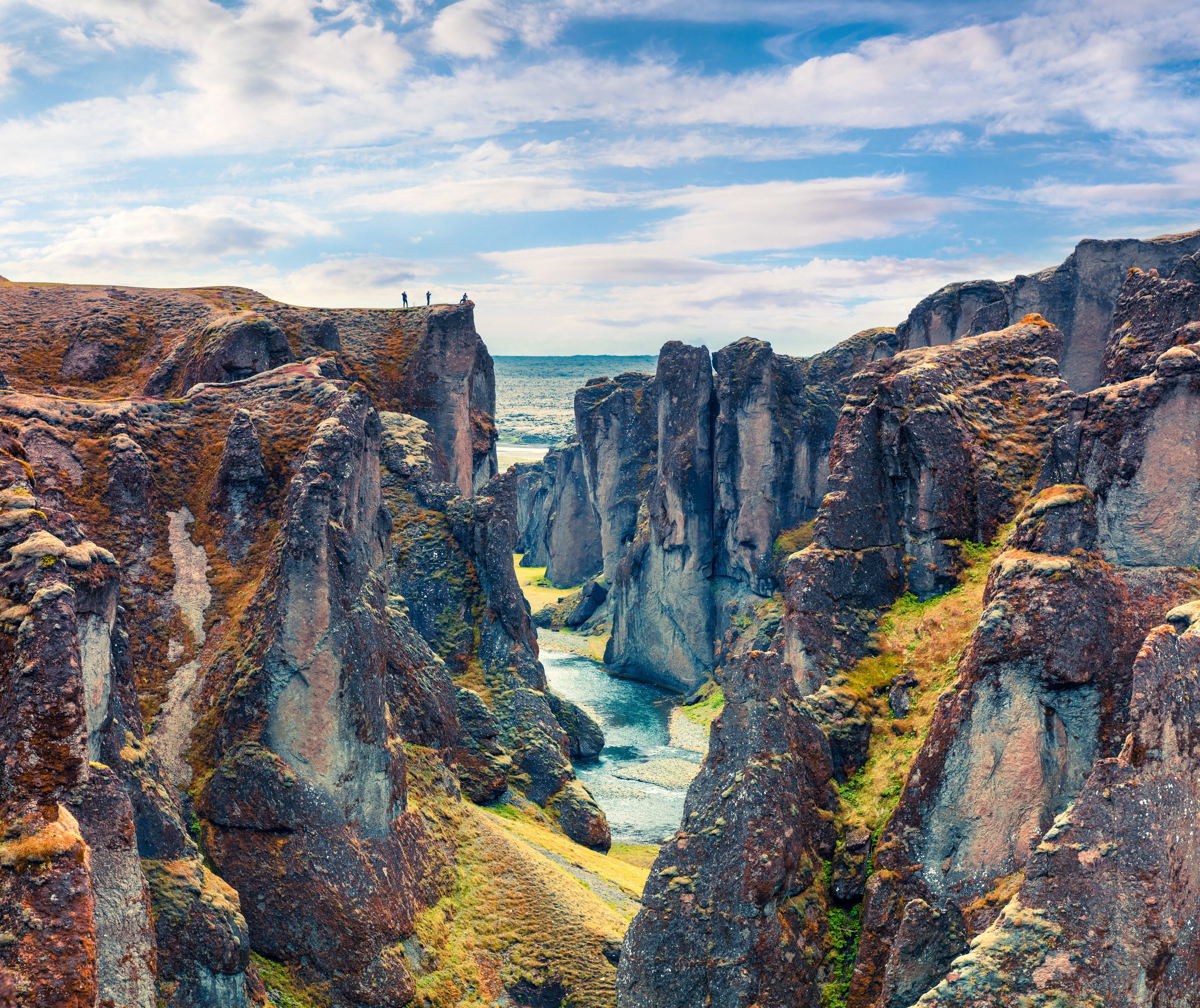 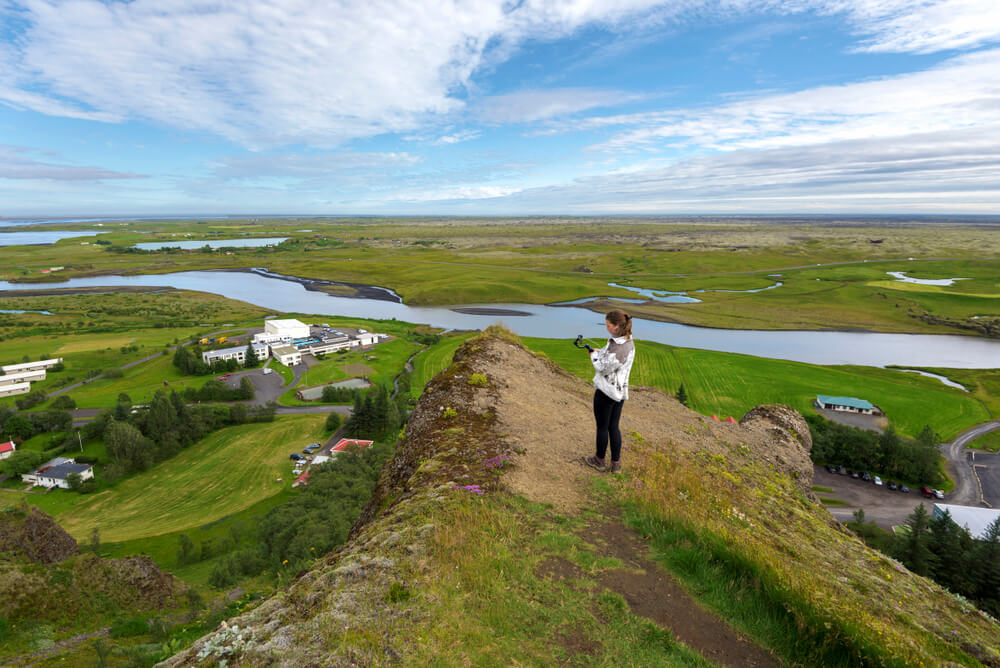 Kirkjubaejarklaustur
In the past, this place was hugely famous with the name of “Kirkjubær” that means church farm. If you are running out of services than this is the only place between Vik and Hofn that offers every kind of services such as petrol, car services station, a post office, a bank, restaurants and stores. This place also has many other tourist attraction places nearby worth seeing. One of those places is the natural pavement made up of basalt and known as Church Floor.
Kirkjubaejarklaustur is a natural monument with the formation of large lava formations which is similar to the Giant’s Causeway of Ireland. The Laki road of Kirkjubaejarklaustur lead you to the highlands if you travel straight from the Ring Road. The southern part of this district is served as the circular landbrot. 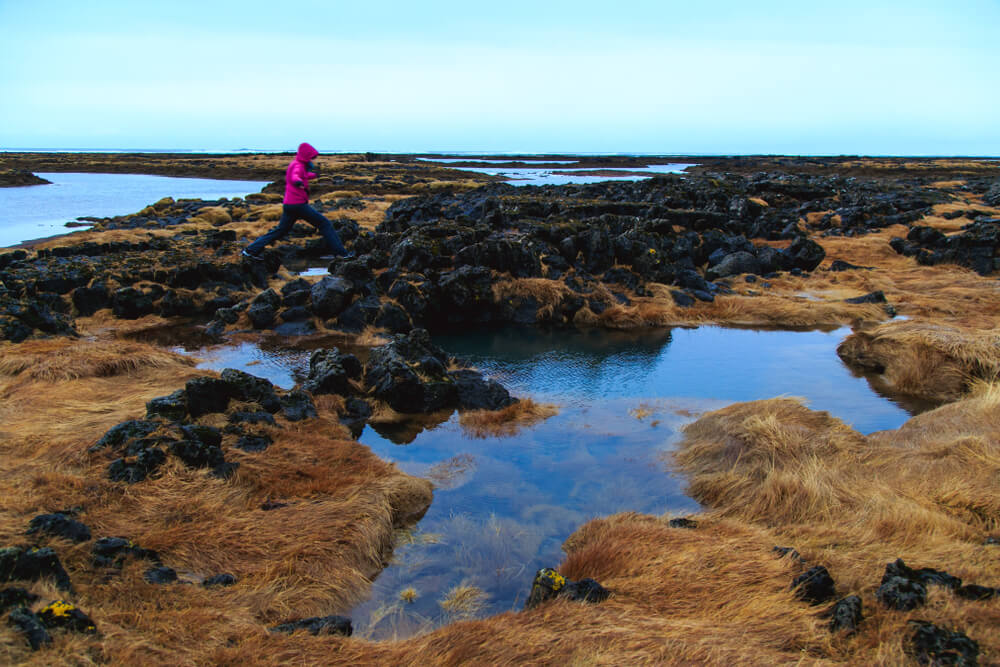 Eldhraun
Have you ever heard the name of this place? This place is considered to be the largest lava fields in the world. With the all greenery and scenery views of Eldhraun, this is felt like an out-of-the-world place. The lava fields of Eldhraun are the result of what is probably the largest volcanic eruption in history: the eruption of the Lakagígar volcano, which lasted from 8 June 1783 to 7 February 1784. Eldhraun is considered to be the most expansive land of rocks that are entirely covered with moss. The thick and green layer of moss has covered the all rough edges of the lava rocks. The moss on these roads gets greener with the rain and gives a very breathtaking view.
While exploring the Eldhraun area, make sure to follow the trail of well-label tracks. Mosses are very sensitive and can easily be damaged by visitors if not carefully passed. Moss can take up to 100s of years to grow again. So, be careful while passing through the tracks that are covered with moss.

Skaftárhreppur
This district is the center of the south of Iceland. With different tourist attraction points, Skaftárhreppur is the perfect location. It is recommended to visit this place during daytimes. This district is known as the house of Iceland’s natural treasures. This is the main point that leads you to the glacier lagoons of Jökulsárlón, Eldgjá fissure, Skaftafell, and Diamond black beach.
This district is also the meeting point of lava and saga and is the gateway that leads you to the western gates of the Vatnajökull National Park and the center point of the Katla geopark. 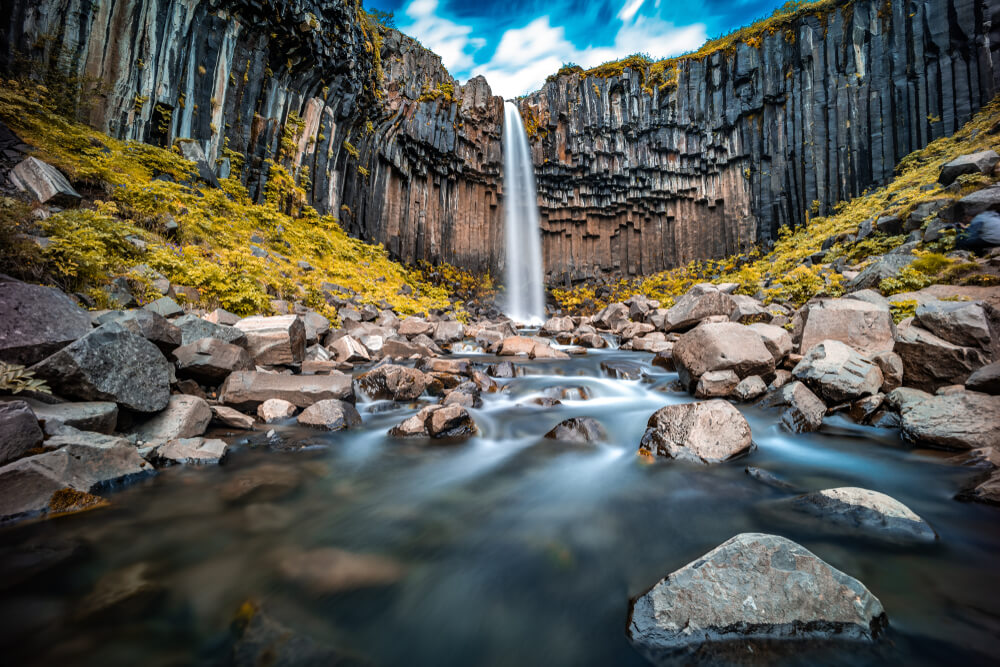 SKAFTAFELL/VATNAJÖKULL NATIONAL PARK
The glaciers of the Vatnajokull National Park are also the tourist attraction that can catch the attention of any tourist in no time. It is the largest glacier of Europe that covers the 20% landmass of Iceland. Vatnajokull National Park covers more than 20% because it includes not only glaciers but the green land that surrounds it. Recently, this National Park was nominated to include in the World Heritage Site of UNESCO. Several areas cover the territory of this National Park that also includes Skaftafell. This is the area that covers a couple of hiking points. Most popular hiking points of Skaftafell are Svartitoss Waterfall and another one that is located to the opposite base of the glacier. This National Park is also a great place for camping.
The 5.2 Km round trip of Svartifoss hiking point almost takes 2 hours to complete. Svartifoss covers the base points of basalts columns. Both hiking points start from the Visitor Center of Skaftafell where you will find parking and other services such as restrooms and dining. 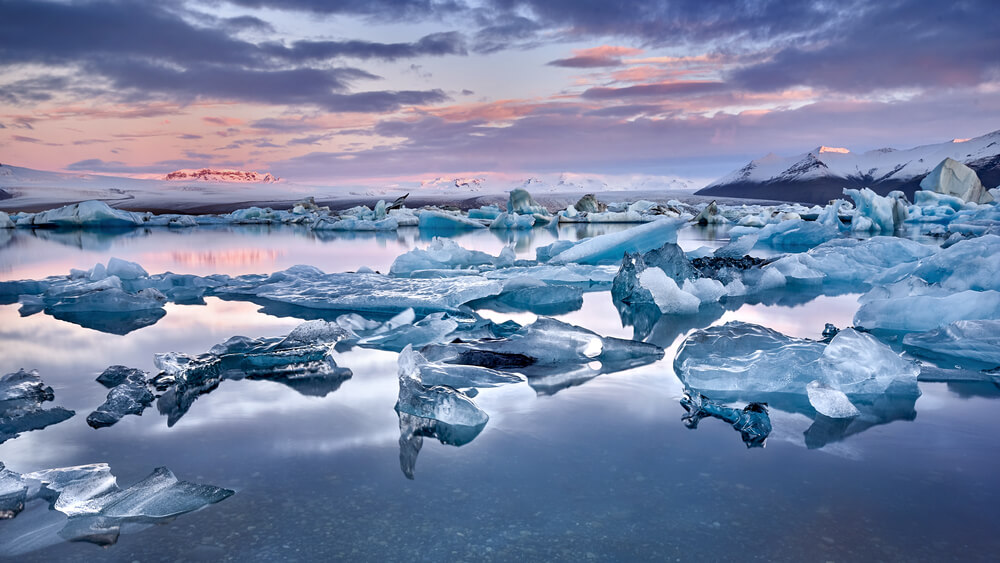 Jökulsárlón Glacier lagoon often referred to as the south coast jewel, is located 380 KM east of Reykjavik, near Hofn. Jökulsárlón is a young lagoon, but it started to form after Breiðamerkurjökull (part of Vatnajokull) began to recede after 1933. Vatnajökull was at the shore line of the ocean and dropped icebergs into the ocean. However, it started drifting inland rapidly every year, leaving deep gorges en route, which got filled with melted water and large chunks of ice. This created the magnificent Jökulsárlón Glacier lagoon.

The unique position of Jökulsárlón is due to its size and proximity to the sea. During a flood, salt flows and warms the ocean into the glacial lagoon, causing the part of the icebergs in the water to melt faster than the rising one, in contrast to what usually happens in other glacial lagoons. The icebergs gradually lose their balance and turn around in the lagoon to find stability again. It can happen suddenly and should always be kept in mind when sailing on the lagoon. When a Jaki has recently rolled over, the clear part of it, previously submerged, points upwards and is often dark or light blue due to how light refracts when it shines through the almost thick ice. After these objects have been in sunlight for several hours, the surface of the ice begins to expand and explode so that air can pass between them.

Breiðamerkurjökull glacier is now declining rapidly due to global warming. As a result, the lagoon is expanding, but forecasts assume that by the end of the 21st century, the glacier will have retreated so that the Jökulsárlón reservoir will reach the roots of the Esju mountains.

We advise all travelers heading for the south coast of Iceland to visit this magnificent place that is Jokulsarlon Glacier Lagoon. 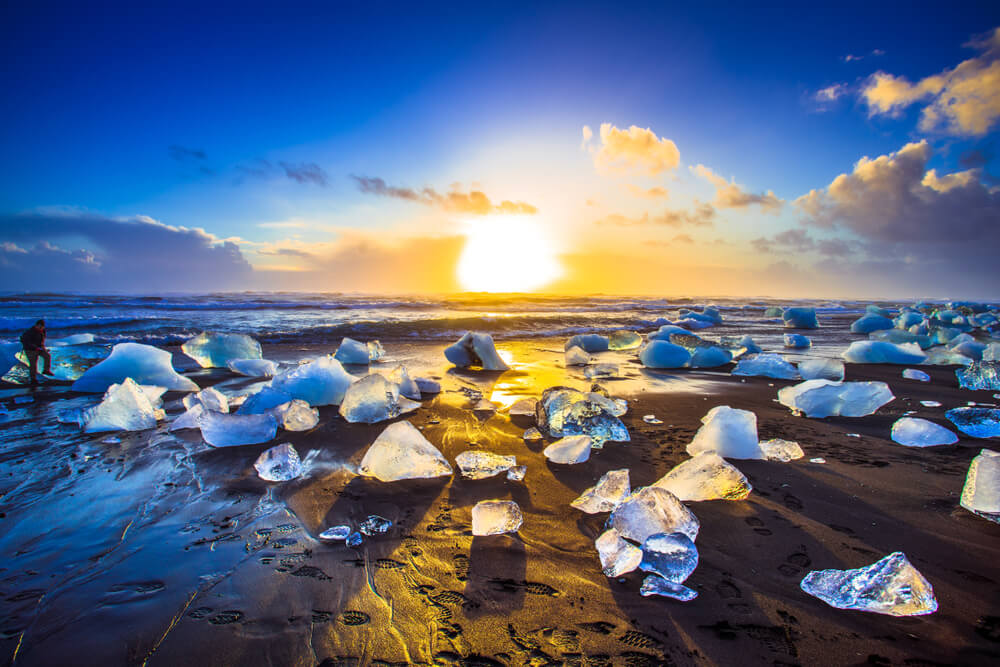 Black Sand Diamond Beach
If you drive straight from the road of glacier lagoon, then you can reach this gift of nature. This is one of the most worth sight-seeing views on the trip of Vik to Hofn. The sand on the bank of this beach is in black color that is completely covered with chunks of ice. These chunks are looking like diamonds and give the most breath-taking views to travelers and locals alike. If you visit this beach during a full sunny day, then you will see nothing but hundreds of chunks of diamonds lying peacefully on the black sand. The size of chunks varies as their color ranges from bright white to shiny blue. For snapping pictures and spending a whole day, this beach is ideal for the devotees of Mother Nature.

All of the above mentioned places are attractive tourist points that no one wants to miss while driving in South-East Iceland.